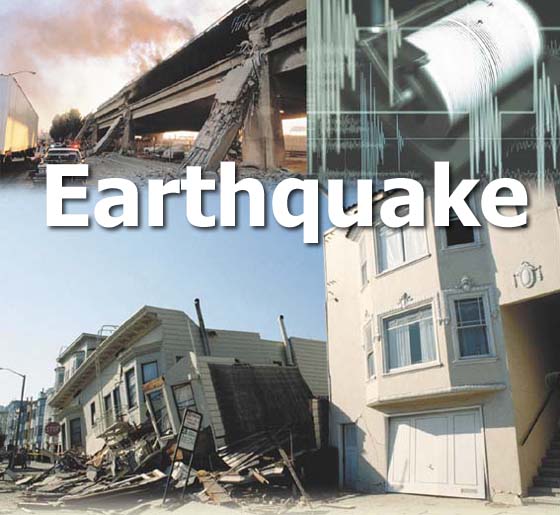 The U.S. Geological a series of university partners are developing an earthquake early warning system called ShakeAlert, which aims to provide the general public with alerts up to 10 seconds before an earthquake hits. The system is not yet public, but it is now undergoing testing in California, Oregon and Washington.
The system provides a warning that an earthquake is on its way about 10 seconds beforehand; people involved in the project receive warnings on their phones. Smartphones can easily measure movement caused by a quake because they have three built-in accelerometers designed to sense the orientation of the phone for display or gaming. While constantly improving in sensitivity for the benefit of gamers, however, smartphone accelerometers are far less sensitive than in-ground seismometers. They are sensitive enough to record earthquakes above a magnitude 5 and above, the ones that do damage. What these accelerometers lack in sensitivity, they make up for in availability.  There are an estimated 16 million smartphones in California, and 2.5 billion smartphones worldwide.
Earthquakes pose a national challenge because more than 143 million Americans live in areas of significant seismic risk across 39 states. Most of our Nation’s earthquake risk is concentrated on the West Coast of the United States. The Federal Emergency Management Agency (FEMA) has estimated the average annualized loss from earthquakes, nationwide, to be $5.3 billion, with 77 percent of that figure ($4.1 billion) coming from California, Washington, and Oregon, and 66 percent ($3.5 billion) from California alone. In the next 30 years, California has a 99.7 percent chance of a magnitude 6.7 or larger earthquake and the Pacific Northwest has a 10 percent chance of a magnitude 8 to 9 megathrust earthquake on the Cascadia subduction zone.
In a paper to be published in the Feb. 12 issue of the journal Science Advances, Allen, Kong and Louis Schreier at Deutsche Telekom’s Silicon Valley Innovation Center describe the algorithm in the mobile app that analyzes a phone’s accelerometer data and distinguishes earthquake shaking from normal vibrations, such as walking, dancing or dropping the phone. In simulated tests, the algorithm Kong developed successfully distinguished quakes from non-quakes 93 percent of the time. Only when the app determines that the vibration is from a quake does it briefly activate the phone’s GPS to obtain the phone’s position and push a short packet of information out through a data or wifi connection.
The USGS will issue public warnings of potentially damaging earthquakes and provide warning parameter data to government agencies and private users on a region-by-region basis, as soon as the ShakeAlert® System, its products, and its parametric data meet minimum quality and reliability standards in those geographic regions. The USGS has set the goal of beginning limited public notifications in 2018 at the magnitude 5.0 level through alerting pathways that are fastest enough to be effective. In the longer term, ShakeAlert® availability will expand geographically to ANSS regional seismic networks with sufficient seismic instrumentation to support timely alerts.
At SurvivalKitsOnline.com we are dedicated to saving lives through preparedness. We provide pre-made and custom survival kits throughout the world.
Next Post
4 Person Perfect Survival Kit Deluxe for Earthquake, Evacuation, Emergency Disaster Preparedness 72
Your Price: $214.95
In Stock. Free Shipping. 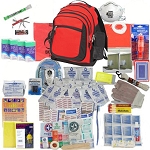